Late 2021, the song “Material Girl” by Saucy Santana went viral on the social media platform TikTok, with about 265.3k video posts using the sound. These videos usually depict someone holding a shopping bag, spending money or doing something luxurious like sipping champagne poolside. New songs have become trendier on TikTok since then, but the idea of becoming a “material girl” on the platform stuck.

Don’t want to be a material girl? How about being THAT girl? After New Year’s Day, TikTok users created a flood of tutorials about how to be “That Girl,” which is Generation Z’s version of the “It Girl.” While no one has set rules on how to be “That Girl,” there are essentials you have to purchase: a matching workout set, a new water bottle and a fancy journal, among other things.

Fanning the popularity of these figures is TikTok. Items like the ones above are highlighted on the app in clothing hauls and “Day in My Life” videos, concepts born on YouTube’s platform. TikTok has not only taken those concepts to new levels, it has spawned a new generation of influencers known as micro-influencers.

For instance, user @the_real_lin_shady has gained around 200,000 followers on TikTok by posting morning vlogs, clothing hauls and outfit of the day videos (OOTDs). Her fashion TikToks appeal to a large group of users who not only like her style, but want to buy the new pieces she buys. When users like @the_real_lin_shady post one or two TikToks with a lot of interaction, they gain more followers and, thus, more influence. Momentum builds for the products they tout.

Big brands on TikTok are realizing how persuasive micro-influencers can be as well. Rihanna’s lingerie brand Savage X Fenty and Kim Kardashian’s loungewear brand Skims, for instance, have been utilizing micro-influencers to connect with potential customers. These and other brands now send PR packages to them, hoping the packages will be opened excitedly on camera.

Smaller brands are following similar strategies. Recently, TikTok user @katiepettine reviewed the athletic brand Halara. She described a Halara tennis skirt as better than Lululemon, one of the most popular athletic brands in the country, especially among TikTok’s demographic. Within a couple days of that TikTok post, Halara had paid for that video to be advertised on the feeds of countless interested viewers. The TikToker who made that video, a fashion student at Kent State University, attracted 1.4 million views on that TikTok. She is now sitting at a cool 157.6k followers on the platform. Halara was able to create an ad from a random 36 second video that was not even meant to promote its brand.

TikTok has helped micro-influencers significantly because of TikTok’s homepage called the For You Page, which shows a user content geared to their interests. It allows content by smaller accounts to be seen by anyone and everyone.

As a result, any TikTok user can get a significant number of views by posting a “haul” video up to three minutes long that highlights their new favorite purchases. These are the influencers who have made trends out of fashion items such as the Amazon TikTok leggings, the Ultra Mini Uggs and smiley face slippers. Sure, big influencers eventually catch on and push these trends to the mainstream, but it was the video of a girl dancing in Ultra Mini Uggs on her patio who got you interested.

She and others like her define TikTok’s powerful influencer culture, creators who can put a fashion has-been on a Material Girl must-have lists and launch the rebirth of a brand. 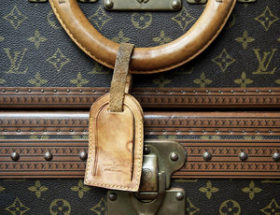 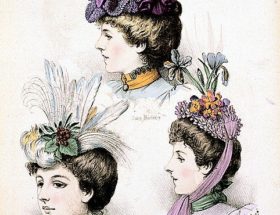 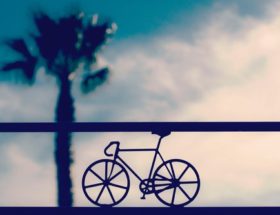