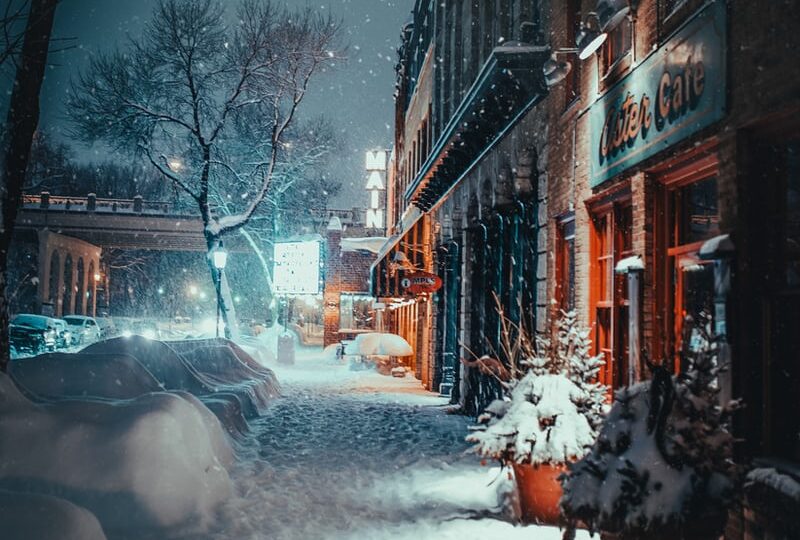 Starbucks has started serving peppermint mochas again, which means that the holiday season is officially here. The next few weeks are notoriously hectic with holiday shopping, travel, and family gatherings. They’re also especially packed for college students that are swamped with final papers, exams, and projects. As busy as we are, the prime time for holiday movie-watching can slip through our fingers if we’re not quick to take advantage of it. To save you the trouble of scrolling through streaming platforms for the perfect film, I’ve compiled a list of twelve of the  best winter movies for the twelve days of Christmas. If you’ve got any time to spare in the coming weeks, grab some hot chocolate, light an overpriced seasonal candle from Bath & Body Works, and work your way through this ultimate movie marathon.

Where to watch: Amazon Prime Video

This star-studded cast doesn’t disappoint in this emotional and uplifting holiday movie! Starting off strong with my favorite Christmas movie, “Love, Actually” features multiple love stories that are all intertwined with each other. This film features relationships all the way from grade school crushes to unrequited love triangles to political romances. Among these stories are a recently broken-up-with writer searching for inspiration for his work, a young and hungry politician, a lovestruck young boy, a recently widowed stepfather, and more. All of the relationships featured aren’t perfect, and not all work out, which makes this movie land on just the right side of optimistic. I never fail to tear up at the ending no matter how many Christmas Eves are spent watching this with my family. “Love, Actually” carries an inspiring message of looking for the mundane acts of love that are all around us every day, a message that we could all benefit from coming out of the past year and a half. This movie will break your heart in all the best ways and is a must-watch for this holiday season!

Where to watch: Amazon Prime Video

This classic holiday movie always reminds me of candy canes, hot chocolate and pajama day in elementary school. Jim Carrey is a hilarious Grinch who delivers an unforgettable performance that makes you want to root for this anti-hero. The Grinch is a short-tempered, clever character on a quest for revenge that brings him to the company of Cindy Lou Who, an introspective and determined young girl who wants to find the meaning of Christmas amongst the holiday hustle and bustle. The timeless tale of Whoville is a story of hope and optimism despite the circumstances, and a story of acceptance all rolled into a cheery, festive, witty feature. The endearing conclusion might just have your heart growing twice its size.

The Chronicles of Narnia are the Harry Potter of the winter. The first movie especially features whimsical winter scenes in a fantasy land at the back of a wardrobe. When four siblings are sent to live in an English countryside mansion to escape the chaos of war, the youngest sister stumbles upon another world, a concealed winter wonderland filled with mystical creatures and magic. The siblings are soon drawn into an epic conflict between good and evil that teaches them long-kept secrets about their own family. While this movie isn’t specifically holiday-related, the magical winter scenes are a subtle way to get into the holiday spirit. The Chronicles of Narnia were classic books when I was younger, and the holiday season is the perfect time to add a dash of nostalgia.

“Home Alone” is a comical classic about a young boy who gets left behind while his family goes on holiday vacation. What should be a relaxing time away from the chaos of a large family becomes a battle when two petty thieves make it their mission to rob his house. All alone with the phone lines down, Macaulay Culkin’s Kevin devises clever, seamless traps to teach these thieves a lesson. A classic David vs. Goliath tale, this is a funny, uplifting holiday adventure movie with equally as funny sequels. This movie is family-friendly for casual viewing which makes it the perfect movie to throw on the TV during a holiday party!

“A Christmas Story” is an oldie but a goodie. This is my dad’s favorite Christmas movie, so if your parents are looking for a laugh this Christmas, I’d strongly recommend this one. This movie details the hilarious story of a young boy experiencing all the awkwardness of the holiday season. The film portrays the growing pains we all experience through the lens of the narration of a witty little boy named Ralphie Parker. Ralphie goes through bullying, arguments with family, and school problems and struggles to push through those agonizing last weeks leading up to Christmas. A tale most can relate to, “A Christmas Story” recalls all the awkwardness of growing up in this blast from the past.

“Four Christmases” is the perfect movie for you if you’re dreading all of the obligatory holiday family get-togethers. Reese Witherspoon and Vince Vaughn play a couple that begrudgingly attends each other’s family celebrations while they navigate their own future as a couple. Both families are seemingly trainwrecks, and all the festivities bring up memories both of the protagonists would rather forget. However, despite all the awkwardness and embarrassment, this movie is a reminder that no one will love you like your family, and no one will humiliate you like your family. This is a perfect movie for those who aren’t crazy about the holiday season and need an extra nudge in the festive direction.

“The Polar Express” might be the most controversial pick on this list. Its animation style is a bit unsettling, and this movie does give a lot of people (including my mom) the creeps. However, it is one of my favorite Christmas movies. A magical train whisks the doubting protagonist away in the middle of the night on Christmas Eve, supposedly on a journey to the North Pole. The unnamed protagonist wrestles with his doubt about Santa Claus and learns to believe, making a few interesting friends along the way. Tom Hanks voices nearly every character in this movie, giving each one a distinct voice and personality. This movie will always hold a special place in my heart. This has been an especially difficult year and a half for most people, and the UNC community has endured more than most. This movie is a gentle reminder from childhood that there is still holiday magic in the air, and the spirit of Christmas isn’t out of reach, even as we get older.

The clever play-on-words in this movie title had me spelling Santa Claus wrong for years. Spelling controversy aside, this is a heartwarming family movie about a man who accidentally stumbles into the role of Santa, and has the whole year to get his affairs in order before assuming the role completely. As time goes on, he goes through undeniable changes, turning him more and more into the jolly, bearded man who children all around the world love. Through his journey to becoming Santa Claus, we see Tim Allen’s character strengthen his strained relationship with his young son and ex-wife. This is a comical movie about an uptight businessman thrust into the most festive, heartfelt job of all. This is a good movie for those who resist the temptation of holiday cheer, but always give in in the end!

No holiday movie recommendation list is complete with “Elf.” This is a hilarious tale of a man who grew up at the North Pole that clearly wasn’t supposed to be there. Buddy the Elf stowed away in Santa’s sleigh from the orphanage as a baby and was raised as an elf his whole life. Upon discovering where he really came from, Buddy begins the quest to find his real family and get his biological father off of the naughty list, which lands him in New York City. While we wait for his angry, uptight father to warm up to him, Buddy becomes best friends with his younger brother, bonds with his coworkers at the mall’s toy store, and teaches the city a thing or two about Christmas cheer. This movie is perfect for anyone, it’s a hilarious holiday classic about a found family and embracing where you come from.

“The Holiday” was the original out-of-their-element-protagonist-meets-perfect-love-interest-that-teaches-them-how-to-love movie before they became the Hallmark Channel staple. In this romantic movie, two women facing troubles in the love department switch houses for the holiday season. The drastic change of pace between Hollywood, California and a quaint English village prove perfect for these two women, who meet their perfect love interest while abroad. This is a perfect holiday romance movie for those who just want a simple and predictable love story that’s still heartwarming and beautifully executed.

This is not specifically a holiday movie, but the cozy winter vibes are all over this coming-of-age tale. If you’ve never seen or read “Little Women,” this must be at the top of your list. The film follows four drastically different sisters as they navigate growing up and figuring out who they are in the 19th century. This movie will take you on a dramatic emotional rollercoaster, break your heart, and then slowly and painfully stitch it back together. Unlike most of the movies on this list, this is a painfully realistic tale that doesn’t skim over life’s shortcomings and growing pains. This movie is a must for every holiday movie-watcher, but especially college-age young people. Each ‘little woman’ goes through her own journey and has to pull herself out the other side unscathed. If you need to be reminded of the strength that’s always within you this holiday season, consider watching “Little Women” for a most beautiful, poetic reminder of feminine power and complexity.

Ending this list on a happy note is a Disney classic winter movie, “Frozen.” Admittedly, some of the songs from this movie musical were annoyingly overplayed when it first came out almost a decade ago, but “Frozen” is a touching winter tale about the power of sibling bonds. The music isn’t too bad either. This is my winter movie guilty pleasure, and I know that there are some people out there who aren’t ashamed to listen to “Love is an Open Door,” the best song from the movie. It is another silly animated children’s movie with lessons about the power of love and the magic within, but it’s a simple, entertaining reminder of simpler times. Aside from just having good music, this movie contains beautiful scenes of animated winter magic that make me wish I could build an ice castle mid-power ballad. 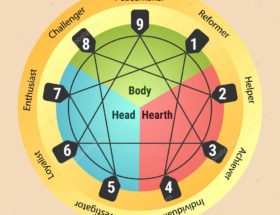 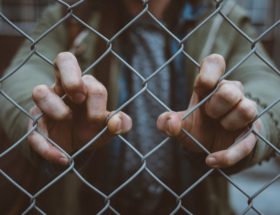 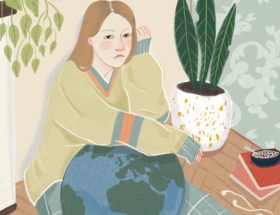