Skip to Content
Home Fashion The Disunited State of Fashion: The 2021 Met Gala Fails to Take American Fashion Head On 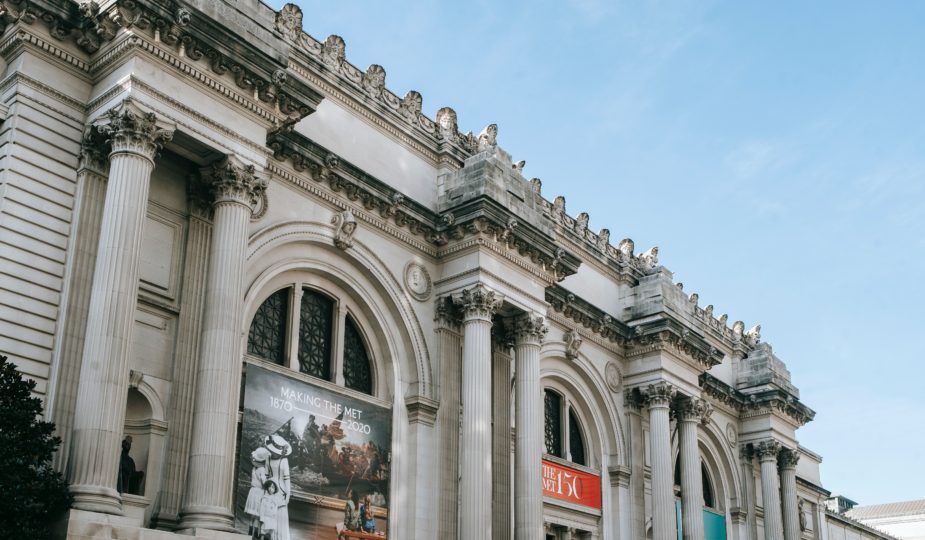 On Sept. 13, the world’s expectations for American fashion to take center stage reached an all-time high as the 2021 Met Gala, themed “In America: A Lexicon of Fashion,” took place in New York City.

But the surplus of celebrities wearing non-American designers coupled with a lack of reference to the States’ best fashion moments gave reason to wonder whether the Gala really was … in America.

The theme’s usage of the word lexicon is ironically apt, considering that the majority of the looks that ascended the Metropolitan Museum of Art’s steps require some sort of tool other than fashion as language to decode their substance and raison d‘être. Perhaps a better theme for the amalgamation of fabric and stitches donned that night would be: “In America: A Lexicon of Confusion and Calamity”.

Lack of attention to the theme is never something to be surprised about when parsing the Met Gala’s red carpet. Indeed, Kerry Washington wore a layered pink Prada gown to the 2015 Met, themed “China: Through the Looking Glass,” which had far more to do with the West Wing than it did with China.

But with a theme as expansive and inclusive as American fashion, perhaps the Met thought it would be easier for guests to hit the theme’s inconspicuous targets of old Hollywood glamour, presidential panache or couture counterculture rather than miss them.

It wouldn’t be fair to say that American fashion is precisely one thing or another. Is there really no connection between the ice blue Halston pillbox hat Jackie Kennedy wore to JFK’s inauguration in 1961 and a nauseatingly neon pink crop top from Aeropostale?  They are both united emblems of American fashion just as much because of their similarities as they are because of their differences.

So, as cliché as it is, one of the only ways to categorize and box in American fashion would be to center it around difference and ingenuity. The necessity of invention and the timelessness of function are subsequent consequences of how difference serves as American fashion’s centrifugal force, but these factors are not quite requisite to defining what is quite undefined.

Still, perhaps the often fatal charm of the American “dream” ought to be considered the core of American fashion. The relentless spirits of rebels like Marc Jacobs and Patrick Kelly arejust as much marked by the desire to achieve as that of more reserved designers, like Bill Blass and Main Rousseau Bocher, whose definition of the “dream” was far more contained and predetermined.

Regardless, what can be surmised from the overwhelming amount of possible interpretations of American fashion is that it is not a unitary entity, but instead one that is intentionally dendritic and begging to continue to grow. American fashion, then, is, most purely, a genuine attempt; a nod in the tradition of “trying” that has energized America since its inception.

What it is certainly not … is celebrities donning an outfit by European brands such as Versace, Prada, Balenciaga, etc. while finding some empty way to tap into the essence of America. Yet, simultaneously, it is also not celebrities simply wearing an outfit by an American brand/designer and considering that to be enough.

In the Council of Fashion Designers of America’s 2007 book “American Fashion,” cultural historian Charlie Scheips wrote that “American fashion is pluralistic and inventive but also energetic and expansive … Like America’s citizenry, American fashion has always seemed to have an almost prodigal ability to absorb its disparate creative sources and expressions into a collective whole.”

Such a tug of war amongst absorption and expulsion and creation and destruction as described by Scheips was readily implied in the 2021 Gala’s theme. The Met’s Costume Institute’s Head Curator Andrew Bolton explained in an interview with Vogue that conversation and language are key to understanding “In America: A Lexicon of Fashion”.

And although most conversations begin with questions, the majority of the looks on display on Sept. 13, 2021, only communicated that the stars and stylists of today assume they have all of the answers.

And the Carpet’s Red Glare…

Per usual, the theme was not entirely dissolved into a void because a few specific stars and their stylists actually took the time to think.

Kaia Gerber’s replication of Bianca Jagger’s black strapless gown by Dior worn to the 1981 Met Gala was a conscious and calculated approach to the theme that seemed to say little but actually said more than most. Choosing an undisputed American style icon like Jagger is enough to capture “In America’” on the surface. But choosing to go deeper than the seventies diva’s known looks, such as the white Yves Saint Laurent suit she was married in, adds a sprig of nuance to Gerber’s decision that pushes her black dress beyond.

Jennifer Lopez and Joan Smalls’ Ralph Lauren looks are also top contenders for thematic execution. Lopez’s brown, form-fitting woman-of-the-west gown visually communicated an older era of Americana while still being undeniably J.Lo. The brand clearly wanted Lopez’s personal style to come through while also paying homage to the reverence for western life that has always been, but isn’t necessarily known to be, a key portion of the Ralph Lauren aesthetic.

Smalls’ look, a white sequined halter gown, could have easily fallen into the category of wearing-an-American-designer-and-calling-it-a-day had it not been for the Supremes-era hairstyle she chose to accent the dress. That short, cropped cut was just the ingredient necessary for Smalls to begin a dialogue about Black American musicians’ impact on American culture and style. Was it as impactful as if someone had dressed in an outfit inspired by New York rapper Cam’Ron’s all pink fur look in 2002? No. But it gives leeway to considerations of critical Black American style moments that others, such as Lil Nas X in three Versace looks, cannot.

But as grateful as those who conceptualized “In America: A Lexicon of Fashion” can be for the Gala attendees who made an effort to create a fashionable rapport with America, they can also be grateful for those whose looks were ironically American. Cue Kim Kardashian and Alexandria Ocasio-Cortez.

How else should the woman who is a walking billboard for America’s obsession with Black culture and Black features (but not true Blackness) show up than in full-body blackface? The Balenciaga spandex slipcover (mask included) and cape that Kardashian posed in reads as an active derision of all the Black women that have criticized her for profiting off of the public’s desire for Blackness from everyone but Black people. Since we couldn’t exactly see Kardashian’s face, it could even be assumed that she was chanting to herself “I am Black … see?” with a smirk as she repositioned herself for each camera flash.

Similar to Kim Kardashian’s black-fit, AOC’s gown designed by Aurora James seemed to make a statement opposite to what was intended. The white fishtail dress with “Tax the Rich” splashed across the back in pig’s blood-red seemed to misunderstand its own existence … and the function it was intended for. Although the Met Gala is a charity event, seats cost $35,000 and tables run between $200,00-300,000. So, if AOC’s concern about the state of socioeconomic imbalance in America was genuine, she wouldn’t have slipped on such a dress or had it commissioned (let’s not even speculate what the cost of the dress was). Perhaps there is a way to “Tax the Rich” while you break bread with them (there isn’t), but it is certain that the person to take advice on how to do that from is not the person who sells $58 sweatshirts that also say “Tax the Rich.”

And some of the choices made seemed to have been the result of residue left over from the last Gala, themed “Camp: Notes on Fashion,” and a very late epiphany about the theatrics required of that theme. Why else would pop songstress Kim Petras wear a Collin Strada gown with an entire horse head across the bust? And there can be no other explanation for Cara Delevingne wearing such an ill-fitting corset that says “Peg the Patriarchy”.

The most disappointing part of the night’s looks, however, was the lack of Black and brown designers on display. A night for American fashion with so few designers of color? The industry might as well start holding fashion shows with no fashion.

But what is America if it is not gatekeeping the “dream” from Black and brown people who have to force their way into spaces that were not made for them? Case in point: Lewis Hamilton having to buy an entire table in order to make sure the work of Black American designers was on display at a night for American fashion. Hamilton’s decision to bring Jason Rembert of Aliette, Edvin Thompson of Theophilio and Kenneth Nicholson is worthy of applause and the excitement it received online. But it can’t necessarily be considered a triumph, as it is symptomatic of the larger American canon of racism and anti-Blackness.

Even seeing celebrities, such as social media maven Eva Chen and quintuple threat Keke Palmer, in quickly rising Black designers, such as Christopher John Rogers and Sergio Hudson, isn’t the commentary on Black Americans in fashion that it may seem. Though the talents of Rogers and Hudson are undeniable, they are members of the talented tenth of Black America that fashion has decided to sit within the valence wings of its white hallways.

And where were the references to fashion titans like Stephen Burrows, Willi Smith, Anne Lowe and other Black pioneers of fashion that are the reasons why there is even a thesis for the exhibition and Gala? Truthfully, their influence was all over the red carpet despite the respect their techniques and tastes deserve sitting in the shadows collecting dust.

The Disunited State of Fashion

The 2021 Met Gala’s mutation into a microcosm of America was not due to its brilliantly crafted theme, but instead because of its incoherence, gatekeeping and flair for the ironic. But isn’t that the Met Gala every year?

Maybe the true appreciation for American fashion will pour out of the red carpet’s dependents at the Met’s second Gala in 2022 which will be themed “In America: An Analogy of Fashion.” But probably not.

All we can do now is hold our breath, and hope that a book (or three) on American fashion is picked up by someone, somewhere between now and May 2.

Until then, to the Disunited State of Fashion: We ‘tis of thee. 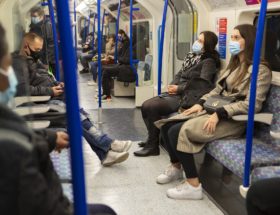