Skip to Content
Home Opinion Is It Okay to Romanticize Our Past? 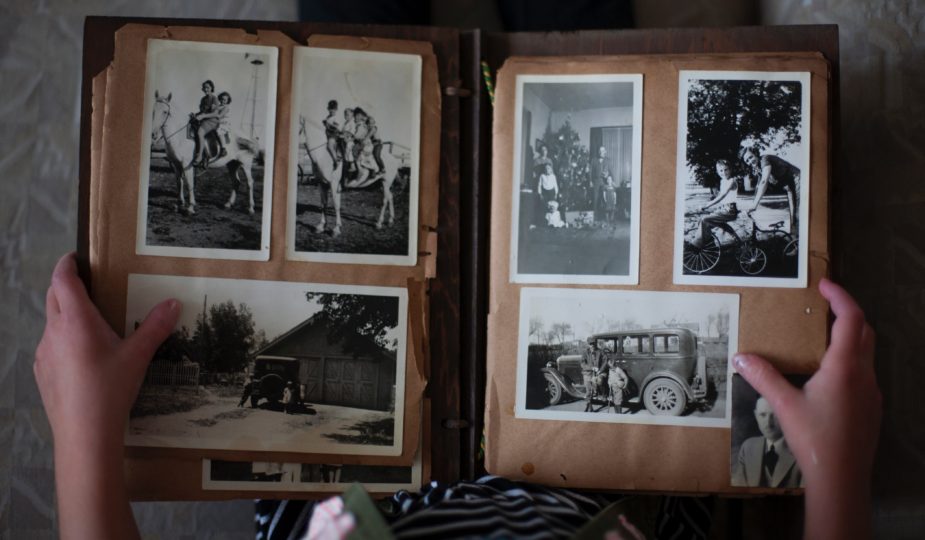 I look back on memories fondly. Playing in the local park as a child, surprise birthday parties, family vacations and even my high school experience. Luckily, my mom recorded my entire childhood and teenage life with her Flip Video camera; therefore, I use these memories to comfort me like a blanket when I feel discomfort in the present. Even moments not captured on video, like the music I listened to at 13 or the smell of my piano teacher’s home, bring back a gush of warmth and slight melancholy. It is the sadness of these memories not being my reality anymore, but also the joy that I’ve lived such a beautiful life. However, am I looking back at these memories a little too fondly?

We often romanticize the past, which leads to nostalgia. Unlike negativity bias, feeling nostalgic does not work the same way. The negativity bias means that even when of equal intensity, things of a more negative nature have a greater effect on one’s psychological state than positive things. On the other hand, nostalgia is a sentimental longing or wistful affection for the past, typically for a period or place with happy personal associations. This completely explains how I felt when I left my home city to come to college.

For 18 years, I longed for change. I wanted to leave. I dreaded going to high school, interacting with the same people and being stuck in traffic for two hours daily. However, a fairy-tale filter covers that reality during my bouts of homesickness. All I can think about is the local radio channel that played in the car, the faces of the same street vendors I passed every day, gossiping with my friends on our strict 25-minute lunch break and all the books my parents read to me as a child. It feels like a series of emotional flashbacks tied together to create a perfect montage in a coming-of-age film. But, as I said, I clearly know I am heavily romanticizing the past. There is a line from one of Abraham Lincoln’s poems that summarizes this feeling pretty well: “My childhood home I see again, and saddened with the view; and still, as memory crowds my brain, there is pleasure in it too.”

Back in the 17th century, nostalgia was actually considered a disorder by a Swiss physician. After soldiers started falling physically and mentally sick, the physician realized it was due to their longing for home.  In the 19th century, nostalgia was often called “immigrant psychosis” or “mentally repressive compulsive disorder.” However, it was not until a few decades ago that psychologists realized it was prevalent around the world, and even with children.

People everywhere share the very universal emotion of nostalgia, especially when there is change. While change can be exciting, it is also unsettling at times. Everything is new, uncertain, and fickle. At times it is natural to cling to what we think is familiar, and this might only exist in our thoughts. However, nostalgia is often triggered by things like music and films- perhaps one associated with fond memories. There is a reason our 100th Harry Potter marathon covers us in wholesome, magical “feels.” Every single time I watch The Prisoner of Azkaban, I think of the first time I did: I was sick, didn’t go to school, it was raining and since my mom felt sympathy, I was allowed to watch it on a Tuesday morning!

This deceit, where the heart’s memory eliminates the bad and magnifies the good, can actually be a gift for our life. However, in some cases, nostalgia can just be associated with a past that one never experienced. It is easy to just imagine an idealized version of our past by piecing together memorial information to form detailed episodic mental simulations.

In business and politics, people have also discovered the power of nostalgia. Advertisers have realized how powerful nostalgia is as a marketing technique, and therefore people in politics also use it for campaigns. An Aeon article did a deep dive into nationalistic political movements that have gained popularity by essentially promoting the ‘good old days.’ Examples can be the ‘Make America Great Again’ campaign in the US, and the ‘We want our country back’ campaign in the UK. Such politics are usually played out by conservative groups who, in the past, tended to be better than they currently are. Therefore, a large number of the older population who think back on the past as better than the present, and joyous memories where their life was favored, tend to vote for these conservative parties. Those groups who were mistreated and oppressed in the past, do not feel a strong sense of nostalgia and therefore those kinds of political messages do not resonate with them.

Many people still view nostalgia as living in the past, and obsessing over how things “used to be.” Constantine Sedikides (a UNC alumni actually!) said in a 2013 New York Times article that “I do live my life forward, but sometimes I can’t help thinking about the past. Nostalgia makes me feel that my life has roots and continuity. It makes me feel good about myself and my relationships. It provides a texture to life and gives me strength to move forward.” Essentially, it shows us that the memories we have hold value and meaning in our life. It can be lessons to learn from or a way to just be grateful for what came before our present. It tells us that no matter what, the future us will look back and think of this time fondly. We will not remember the everyday monotony, but rather what makes each day stand out from the others. The same article said that nostalgia has been known to be a remedy for loneliness, boredom and anxiety. Psychologist, Dr. Sedikides, says that nostalgia makes people more generous to strangers and more tolerant to outsiders. Additionally, couples feel closer and look happier when they’re sharing nostalgic memories.

So, is it okay to romanticize our past? I would say absolutely–as long as it is not prolonged and there is recognition that it is idealized. It is so normal to latch onto old memories, but that should never stop us from creating new ones. How about instead of just romanticizing our past, we also start romanticizing the present? Find the everyday special moments, feel grateful for the now, and acknowledge that things do not last forever. While easier said than done, let us take the feelings we get from nostalgia and apply them to our current existence. And yes, as cliché as it may sound–live every single day to its fullest. 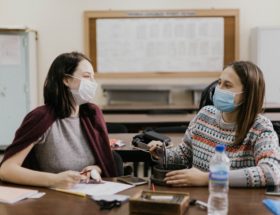 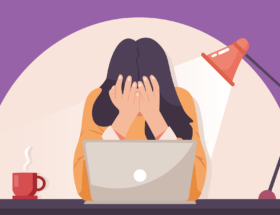 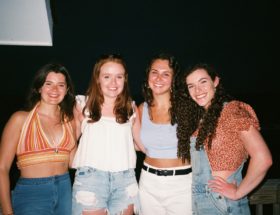