Skip to Content
Home Pop Culture Growing Up With Clairo 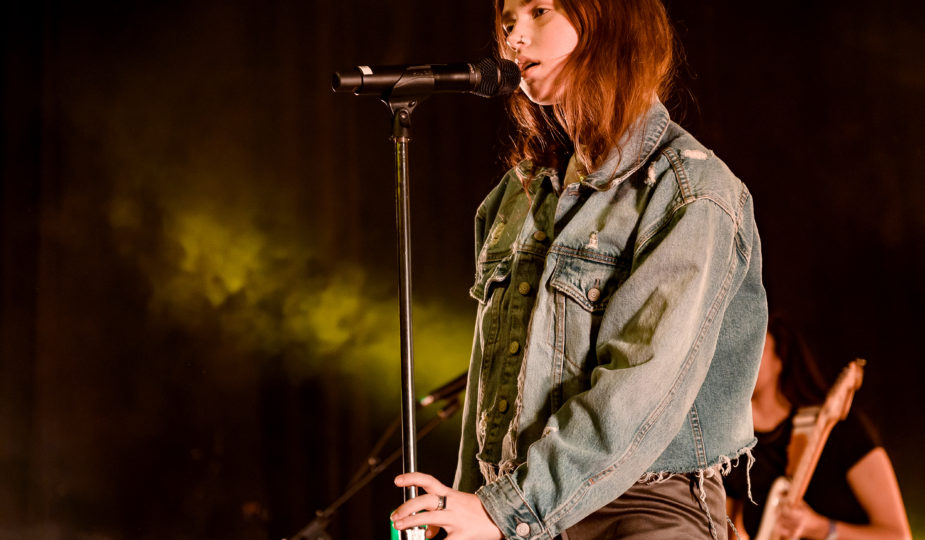 “Zinnias” begins on a college campus at an intersection in upstate New York. We are at Syracuse University, at the corner of Comstock and Waverly. Our narrator is carrying news, what she calls “a cold piece of information.”

She is ready to drop out.

Of college, yes, as Claire Cottrill dropped out of Syracuse to pursue music full time after her first year in 2017. But more poignantly to “Sling,” our narrator wants to drop off the conveyor belt of an ambitious lifestyle, the endless production machine that gradually reveals itself to college students as the reality of 21st century American life. At this moment, she wants to settle down and drop everything for a life of domesticity in the South. “Quietly, I’m tempted,” she contemplates, “Sure sounds nice to settle down for a whilе / Let the real еstate show itself to me / I could wake up with a baby in a sling.”

It is track four of twelve on the sophomore record from Clairo. She has described “Sling” as the product of her ruminations on motherhood and domesticity, written during a period when she was unsure of whether or not she wanted to continue pursuing music. It is dedicated to her mother and her new rescue dog, Joanie—presumably named after Joni Mitchell, whose influence permeates both Clairo’s discography and digital footprint. Recorded with Jack Antonoff in Allaire studios at the top of a mountain in upstate New York, “Sling” is a maturation and a new sound for Clairo.

While the true growth here comes lyrically, there is a marked difference in the production of “Sling” and that of her debut record “Immunity”—and the bedroom pop that preceded it. Both records were co-produced by Cottrill, but some of this difference can be attributed to the fact that it was Rostam Batmanglij—founding member of Vampire Weekend turned solo singer-songwriter-producer-extraordinaire, known mononymously as Rostam—and not Antonoff playing the co-producer role on “Immunity.” Personally, I am a huge fan of Rostam’s production and the way its pace and versatility worked with the tenderness of Cottrill’s voice. Within itself, “Immunity” crossed into numerous genre territories while remaining cohesive and individual as it explored themes of coming-of-age and grappling with sexuality and mental health. The r&b undertones on “Closer To You,” the jazz undertones on “Sinking,” and the dream-pop undertones on “Sofia” all work on that record.

I think Rostam’s touch is missed on “Sling.”

However, “Sling’s” new sound does have its strengths. Sonically, the first impression is that it resembles music from decades prior. For instance, single release “Blouse” immediately conjures up comparisons to Elliot Smith. There is a feeling of patience and deliberation saturating every song on “Sling.” It directly contrasts the sometimes abrasively formulaic (and also sometimes amazing) sounds written to go viral on TikTok, constituting much of the mainstream music landscape. While the instrumentation on “Sling” is pretty much uniformly mellow—at least in comparison to “Immunity”—it is lush, beautiful and overwhelmingly contemplative just like Cottrill’s accompanying lyrics.

Lyrically, Cottrill’s songwriting on “Sling” is incredible. I hardly know where to start. The songwriting is intricate and poetic, so complex that in my past three days of intense listening since its release I feel like I have hardly scratched its surface.

On “Sling,” Cottrill explores her unexpected craving for domesticity, her self-understanding that she eventually needs to be prepared for motherhood, and what it will take for her to be ready for these things. It is by no means a universal experience, yet I think Cottrill’s writing is somehow able to communicate the deeply intimate and personal thoughts she is grappling with, while also leaving space for listeners to find strands reflective of their own lives to run through their fingers.

For instance, “Sling” opens with “Bambi,” a song about Cottrill being thrown into the music industry at a young age and her time reclaiming agency—deciding whether or not to accept the inevitable parts of the experience or choose to not continue pursuing music. The title alone holds intense significance on a record about motherhood, given “Bambi” the movie’s plot. The song—and subsequently the whole record—opens with the lyrics “I’m stepping inside a universe designed against my own beliefs.” Towards the end of the song she sings, “Rushing so I can beat the line / But what if all I want is conversation and time?” While on a track about the unique experience of early success in the music industry, these lyrics also capture the sentiments of a college student processing the endless, overwhelming and structureless post-academic world.

“Sling” ends with “Management,” a song on which Cottrill debates whether or not she needs to relinquish her career to achieve elusive internal peace. It is not dramatically longer than the rest of the record and does not build to any firework finale. While this might otherwise be written off as underwhelming, the lack of sonic climax on “Sling” seems thematically significant.

“Immunity” sonically and lyrically described the contemporary Hollywood coming-of-age type of growing up: the one with serendipitous adventure, with bisexual lighting, with dramatic and lovably inarticulate crush confessions, with the feelings of loneliness or being misunderstood that can come with being young.

“Sling,” on the other hand, embodies a different type of growing up: the next type of growing up. It is less cinematic, less romanticized in popular culture. It is solitary, domestic and vulnerable, yet it is lush, introspective and patient. On this record, Cottrill has immortalized a window into her life at just 22 years old in a manner that sounds and feels timeless—providing a supporting brace, a sling, for those of us beginning to transition from one phase of life to the next. 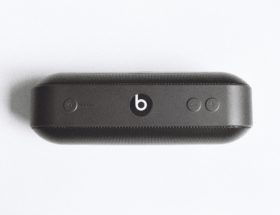 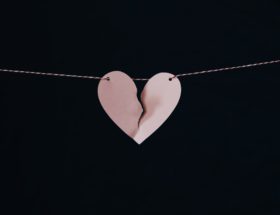