Hungary may not be the first country you think of visiting when planning a trip to Europe. Instead, people often think of places such as France or Italy. However, there is a whole other side to Europe that people tend to overlook, which is Eastern Europe.

Eastern Europe is filled with amazing cities, from Prague in the Czech Republic to Split in Croatia. This is a guide to another hidden gem in Eastern Europe: Budapest, Hungary.

Growing up I was fortunate enough to travel to Hungary several times because my parents immigrated to the United States from there in the ‘90s. All of my family lives there, so we would often vacation in Hungary to visit them. This year, I was finally able to share my second home with my closest friends over spring break. After having been to Hungary many times, I want to share my guide to the best spots in Budapest with all of you.

There are a few must see places in Budapest for anyone visiting.

St. Stephen’s Basilica is one of the most important churches in Hungary; it is a Roman Catholic church named after the first king of Hungary. Entry is free to the public, but there are also paid tours that can take you to the lookout at the base of the dome.

While at Matthias Church, there are a few more spots to knock off your list in the vicinity. Right in front of the church is the Fisherman’s Bastion. The Bastion was built between 1895 and 1902 as part of a series of developments in order to celebrate Hungary’s 1,000th birthday. It has seven towers and it is by far the best place to get a view of the entire city. Visitors can look out on the Danube River, the Parliament Building, the Basilica and so much more.

Both Fisherman’s Bastion and Matthias Church are located in what is known as the Castle District. Buda Castle is about a five minute walk away from these two sites. The castle is now part of the Budapest History Museum and the Hungarian National Gallery. There are restaurants, cafes and shops surrounding the castle district. My friends and I made a perfect day trip out of visiting the castle, Matthias Church and Fisherman’s Bastion.

In my opinion, the third must-see religious building in Budapest is the Dohány Street Synagogue. It is the second largest synagogue in the world, and the inside is spectacular. It was built in 1854, but the interior and garden were restored in the 1990’s. The synagogue also holds a memorial for the Hungarian Jews who lost their lives during the Holocaust, as well as a memorial for a Swedish diplomat who saved hundreds of Hungarian Jews from concentration camps. There are tours offered inside that discuss the history of the synagogue as well as some of the history surrounding the Holocaust in Hungary.

The Parliament Building is probably what most people see when they look up Budapest, Hungary. It is a stunning building that lays right on the water of the Danube River. The parliament’s construction began in 1885 about a decade after Budapest had been united from three cities. The best views of the Parliament Building are actually from the Fisherman’s Bastion, but it is still a sight worth seeing up close.

Some other things visitors should see in Budapest are the Széchenyi Baths, Heroes’ Square, Ruin Bars, Gozsdu Udvar and The Great Market Hall.

The Széchenyi Baths are natural thermal baths that are open to the public. Budapest has had a long history with thermal baths, and Széchenyi was one of the first ones in Budapest. In the 1870’s the hot springs were drilled into, but it was not until 1909 that construction on the palace of the baths began. The architecture surrounding the baths is beautiful, and it is a great place to get some relaxation after walking through the city.

Heroes’ Square is home to an iconic monument of the Seven Chieftains of the Magyars, who are believed to have led the Hungarian people from Asia to Europe. Around the monument are two art museums also worth seeing.

Budapest is known for their Ruin Bars. These are scattered throughout the old Jewish District in Budapest. They are destroyed or abandoned buildings that are now home to eclectic bars. A trip to the Ruin Bars is an essential nighttime activity to do when visiting Budapest. Each Ruin Bar has its own vibe, but I can guarantee all of them are equally cool. My personal favorite, and perhaps the most famous, Ruin Bar in Budapest is Szimpla Kert.

In a similar theme to the Ruin Bars is Gozsdu Udvar. Gozsdu is a long, narrow street filled with bars, restaurants and other activities, such as escape rooms and arcades. At night this place lights up and is bustling with people. Every bar has different types of music and drinks. Even during the day it is worthwhile to stroll through, but the best time to go is at night. During spring break this year, my friends and I found two of our favorite places: DiVino Wine Bar and Blue Bird Karaoke Cafe. However, every place on Gozsdu is super unique, and you really cannot go wrong at any place there.

The Great Market Hall is the largest market in Budapest. Here, you can buy traditional Hungarian produce and foods, and there is plenty of shopping to be had.

I could drone on and on all day about all of the amazing things that you can see if you visit Budapest. My friends and I went and saw all of these things, but sometimes our favorite thing to do was to simply walk around the city or along the Danube River. In any case, I hope this guide encourages you to one day visit my amazing second home. I may be slightly biased, but I think Budapest is a city any traveler should have on their bucket list. If you ever find yourself in Hungary, this guide can serve as a way for you to brush the surface of what Budapest has to offer. 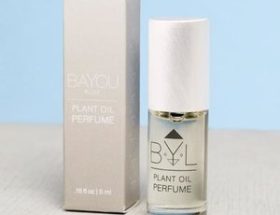