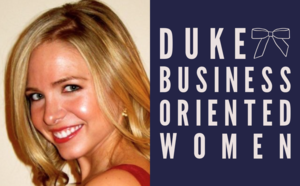 Whitney Beckett will be speaking at Duke University’s “The Business of Fashion” conference, which is open and free to all – Duke and UNC-Chapel Hill students included

Whitney Beckett has been writing for most of her life, ever since she started a community newspaper as a seventh grader in her hometown of Austin, Texas. The Duke University T‘04 alumna wrote for The Chronicle beginning in her freshman year and became the paper’s fashion editor and columnist in her senior year. But it wasn’t until she interviewed André Leon Talley, once the editor-at-large for Vogue, that she discovered what she truly wanted to do.

“He had started at Women’s Wear Daily (WWD) and had really sung the praises of that being the education that you get in the industry,” she says. A few months later she met Anamaria Wilson, WWD’s “The Scene” editor, who was visiting Duke, and felt completely inspired. “I remember thinking, ‘Oh, this girl is the coolest thing ever.’”

Today, Beckett is the Director of Multichannel Direct-to-Consumer Merchandising at Cole Haan, and she will be sharing her insights this Friday at Duke’s Association for Business Oriented Women’s annual spring conference. This year, the conference is focused on “The Business of Fashion” and is free to anyone interested in attending – Duke and UNC-Chapel Hill students alike.

Beckett earned her master’s degree at Northwestern University’s Medill School of Journalism in 2005. When she had the opportunity to do a one-year internship abroad at the end of her degree, she set her sights on WWD’s London bureau.

Initially, the job was not glamorous; she spent her first assignment making copies but refusing mediocrity. “They thought it would take me two weeks, and I did it in two days,” she says. As she earned trust, she garnered more projects, and she ended up working as a menswear reporter because the bureau lacked a menswear editor.

She then went back to Chicago for another internship and kept freelancing until she was offered a position at WWD. “That was like my dream, and I don’t think in retrospect I even realized how lucky I was,” she says.

WWD took the firehose approach and entrusted Beckett with writing front-page stories and interviewing top industry executives in her first few weeks on the job. She went on to write over 700 stories in the three years she worked there. “(It) was such an amazing education in the industry,” she says. “You come up with a story idea, and you get to shape what people are thinking about the industry. If you want to be able to interview someone, more often than not you can.”

Through her reporting she heard frequent concerns that the fashion industry at the time was lacking qualified professionals to take on leadership roles within business. So she shifted direction, earning her MBA in 2011 at The Wharton School of the University of Pennsylvania, which offered a retail program.

She interned at Ralph Lauren between the two years of her MBA and helped launch a website for the Club Monaco post-graduation. But she missed the community and culture she had loved at Ralph Lauren, so in 2013 she moved to Cole Haan, which was just in the midst of a transition.

“(Our executive team) actually partnered with the private equity firm Apax to buy Cole Haan about four years ago now, and the culture is very much a turnaround culture,” she says. “So I came in about six months after it was bought.”

The company had just fired its buyers. “I don’t think they even realized that they needed someone for digital buying,” says Beckett, who saw tremendous potential for improving Cole Haan’s website.

In the past few months, Beckett has managed digital buying for Cole Haan and has recently shifted her focus to merchandising, using storytelling to create a cohesive brand that consumers can connect with. This role marries her passion for journalism and her business savvy. “(When) consumers buy products these days, there’s a lot of an emotional journey,” she said. “What is the story? You’re not just buying into this product, but you’re buying into the idea of it.”

Beckett said she also compiles a two-pager of her team’s analytical highlights, which her boss uses at meetings and gives to the executive team. This summary helps focus attention both on strategies that succeeded and on those that flopped.

Beckett loves the culture at Cole Haan, where many executives have MBAs. “We’re incredibly analytics-heavy, which is good,” she says. “I think that’s actually the way the future’s going.” Skills in analytics are key for securing positions in buying and merchandising, she says, especially with the huge amount of data the increasing move to digital has offered. “As digital becomes a bigger part of how consumers are shopping, to not be able to utilize that I think would set you for a path for failure.”

Digital, though exciting, also presents new challenges to traditional retail, which is becoming increasingly contested as consumers’ shopping habits shift. “I think the way people are shopping is changing,” Beckett says, noting that millennials have moved the focus away from materialism and toward experiences, and companies like Rent the Runway are disrupting conventional notions about ownership of clothing. “So the pie for traditional retail is shrinking – or at best stabilizing,” she says. “You’re trying to get a bigger piece of the pie as opposed to enjoy in just an upward stream.”

On a company-specific level, Beckett says challenges for Cole Haan – which sells both wholesale and direct-to-consumer – include making supply chains more efficient while simultaneously segmenting lines for different wholesalers that want to control product promotions. “I think that that kind of push-and-pull of wanting an efficient line but at the same time wanting a segmented line so every retailer can own their own product’s markdown and promotional strategy is a real challenge.”

With the increasing prominence of digital retail comes a promotion frenzy, where retailers constantly set their sights on the next product promotions they can make. Beckett emphasizes, however, that it is important for retailers to focus on long-term strategy for success. “How do you create product that the customer wants at full price?” she says. “How do you ignore some of the fast wins that you can get by having these promotions?”

On the positive side, the digital boom and the consequent availability of more data than ever before have opened up opportunities for innovators. “There’s ways that the world can be changed now that there couldn’t be before,” Beckett says. “It’s exciting.”

And that’s just the tip of the iceberg. To hear more from Beckett, come to “The Business of Fashion,” hosted by Duke’s Association for Business Oriented Women, this Friday, Feb. 24, from 5 to 7:30 p.m. in Penn Pavilion. 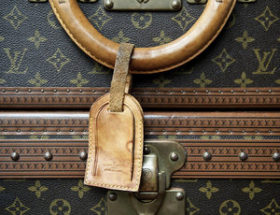 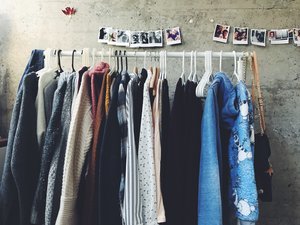 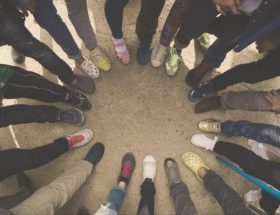