This “fab five” wasn’t always a unit. As with any process, things weren’t quite straightforward — guitarist Alex Weir describes it as “fluid.” Luke Hargraves and Weir, the founding members, often found themselves asking where to start.

The first time Bottle Cap Jack performed original songs was particularly warm for a Thursday night in January, but I was thankful I didn’t have to carry a coat. From the Back Room of Cat’s Cradle, I hear Bottle Cap Jack take the stage. The boys kick off their set with their original song, “Crimson Flames.”

After they finish this first song, the band’s vocalist, Adam Dietrich, steps forward. He announces that they are no longer just a cover band. They play four more originals: “Hangman,” “Take You Down,” “Warm Breeze Woman” and “Exit Signs.” Then they break into Bowling for Soup’s “1985” and The Killers’ “When You Were Young” for nostalgia’s sake.

This is the first time the band has played mostly originals for an audience, and the energy they receive from the crowd is wild. With a blend of classic rock, blues and alternative, they’ve crafted something that is timeless and creative.

Bottle Cap Jack has incredible stage presence, and the atmosphere they create is vibrant, full of life. The band is dancing and talking to the crowd as they move through their set; they react with energy to every song. As they continue to play, they ease into a groove that makes their sound more eclectic. Undoubtedly, Bottle Cap Jack has talent.

The main goal for these musicians is to showcase their art through whatever means they can find. Since their freshman year at UNC-Chapel Hill, Hargraves and Weir have focused on music as their artform, and Bottle Cap Jack has been a successful way to express themselves through songwriting and performance.

Hargraves, a music major, always played classical upright bass. However, when an acquaintance asked him to try an electric bass, he was hooked. Weir was brought into the mix after he played guitar with his dorm room door open and was discovered by a bandmate.

Hargraves and Weir played with two other bandmates until their sophomore year, when that band dissolved. Hargraves and Weir went their separate ways, continuing to play music on their own until a year and a half later. Now rising seniors, the duo reunited, finding Alec Hartman, Bottle Cap Jack’s lead guitarist, and Noah Grantham, their drummer. Hartman pledged the same fraternity as Weir, and Grantham pledged the same fraternity as Hargraves.

The four made themselves a staple at Greek life functions, with Hartman and Hargraves attempting to carry the vocals.

“The vocals just weren’t there,” Hargraves said. At the beginning of the 2019 fall semester, the band found vocalist Adam Dietrich.

The band continued to play at Greek functions throughout the semester.

“The foot was already in the door,” Weir said.

It was the perfect starting point for a group of musicians who wanted to be more than a cover band. Hargraves and Weir had always written their own music, and when Bottle Cap Jack was formed, they performed covers to entertain their crowds. But the desire to play more than covers never dimmed.

“It was something we knew we always wanted to do, it just took a while to actually do it,” Hargraves said.

Bottle Cap Jack networked and persevered as a cover band until the opportunity finally came for them to show off their original content.

The band worried about how their music would be received. But, they decided to leave the safety of being a cover band to become something that was all their own. In this new phase of anxious yet rewarding self-discovery, Bottle Cap Jack unlocked their potential and propelled incredible passion into the world.

This is where I met Bottle Cap Jack, on stage at Cat’s Cradle’s Back Room stepping into their new spotlight.

“I honestly don’t remember looking up,” Weir tells me when he recounts the show. He was too focused on the music he was playing.

Bottle Cap Jack wants to translate the emotion and passion behind their music to the crowd. Bottle Cap Jack is “thinking towards the horizon,” Hargraves said.

The band is not exactly sure where they want to be in five years, but right now they’re content playing music that they love. They are currently working on a five-song EP that will be released at the end of August and will be available on most streaming platforms.

Hargraves jokingly tells me that they want to play a bluegrass show sometime soon.

“Perhaps in the future we would be touring the Heartland and talking to some great American people,” Weir said.

They are facing uncertainty head-on and are loving every minute of it. The time spent reflecting and developing their sound will soon bring forth what Bottle Cap Jack has envisioned.

A sometimes unusual trait for local bands, these boys have skill and a rugged poise that reminds me of some of the greats in rock music. Their newest journey is just beginning, and with the release of their art into the world, they will only go up from here. Bottle Cap Jack is evolving into a powerhouse of originality and variability. 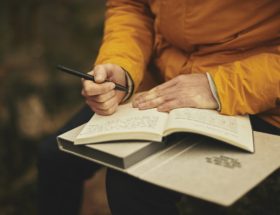 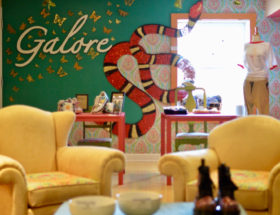 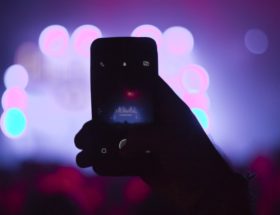