Skip to Content
Home Fashion Worth’s Worth: A Glimpse at the Father of Haute Couture 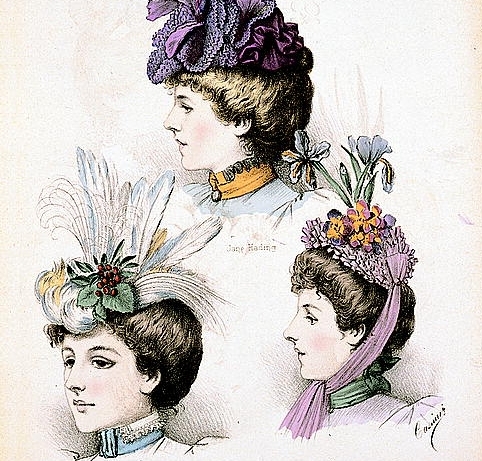 Runways today might not be graced with avant-garde architectural cuts and swirling skirts if it weren’t for the 19th century designer Charles Frederick Worth. Considered the father of haute couture, Worth was the original celebrity fashion designer– and a bit of a bad-ass, to boot. Bad-ass, because he rose from poverty to splendor, becoming the top couturier of the Western world. He revolutionized the fashion industry and wasn’t afraid to branch out from tradition by executing different and innovative ideas.

Before dominating Parisian fashion in the style capital of the world, Worth grew up poor in London. Born in 1825, he worked from 11 years old, eventually apprenticing under two London textile merchants in his teenage years.

At 20 he moved to Paris, where he worked his way up to become an award-winning dress designer at a prestigious firm specializing in textiles, shawls and ready-to-wear garments. His blossoming reputation as the epitome of chic helped him establish his own business 13 years after moving to Paris, in 1858. While Worth rose as a designer, Paris rose as an imperial capital under Napoleon III. The economy revitalized, and with it so did a demand for luxury goods at a level unmatched since before the French Revolution. In this thriving environment, his trendsetting designs gained popularity.

His gowns are gorgeous, with sweeping trains and exquisitely draped sleeves. They drip gold, burst flowers, melt into rich brocade. Part of what made Worth’s designs so remarkable were their novelty and quality. His dresses are made of buttery silk, lavish furs and ornate damask; they are trimmed with pearls, lace and tassels. He introduced the world to the scandalously short ankle-length hem, and– among other designs– the waist-less princess gown. Worth knew what women wanted and needed from spending his early years working at a department store. And he used this knowledge brilliantly. Bursting into the limelight through the patronage of Empress Eugénie, the wife of Napoleon III, his gowns seduced the nobility of Europe and the millionaires of America. Among his clients were the French aristocracy, England’s Queen Victoria, Austrian Princess Pauline von Metternich and the American elite: the Astors, Rockefellers, Carnegies and Vanderbilts. His shop constantly buzzed with fashionable women captivated by his designs, gossiping together and chatting with Worth. Historically inspired, his designs set the standard for modern design and production of clothes. Before him, garments were designed through a dressmaker-customer partnership. “Shopping” was an arduous process consisting of several steps and various middle men. But Worth’s success changed the norm. He was one of the first designers to create looks entirely himself, and then provide the whole dress and design in the same location.

He also pioneered the concept of using living women as models for his clothes, and putting on fashion shows to debut designs, prototyping our current notion of the “runway.” He sold his designs to clothing manufacturers and department stores as well as individuals so women everywhere could wear his label. He mass-produced parts of garments like sleeves that could be easily used on different dresses. In essence, he brought high fashion to the masses. By popularizing the concept of the prêt-à-porter, or ready-to-wear, looks, women could now to go a department store and buy beautiful designs. Haute couture wasn’t just for the rich anymore.

Perhaps this is why Worth is considered the father of it.

By definition, haute couture is the creation of custom-fitted garments constructed entirely by hand, made of high quality fabric sewn with extreme care over a long period of time. Haute couture is even a regulated industry in France, with fashion houses obligated to abide by strict rules in order to advertise their designs as couture.

In a more abstract sense, though, haute couture is wearable art. It is the crème de la crème of fashion.

And sure, only the wealthiest and most successful designers have the ability to produce couture. But while it can seem elitist at times, it provides the means for an artist to express his or her craziest ideas and expand their horizons. It is an articulation of creativity. In this way, couture keeps fashion healthy by keeping it fresh. And, more tangibly, it sets the trends of tomorrow, today. Whatever fashion has made haute couture into nowadays, let’s remember Charles Frederick Worth’s version of couture: clothes that made a woman feel like she was in a fairytale. He brought magic to the every day.

So, the next time you find that drop-dead outfit that puts a strut in your step and confidence in your smile, know that you’re making Worth proud. 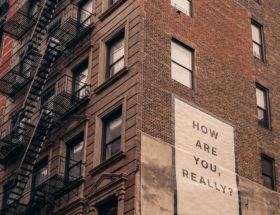 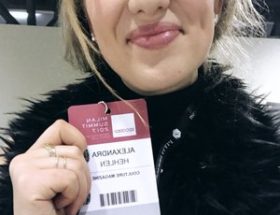